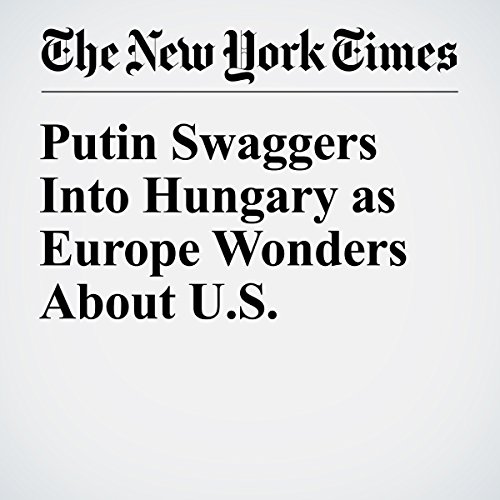 When President Vladimir Putin of Russia last paid a visit to Hungary, Prime Minister Viktor Orban was under siege for his autocratic style, Russia was isolated for its seizure of Crimea, and both men were called xenophobes for their hard-line stance on immigration.

"Putin Swaggers Into Hungary as Europe Wonders About U.S." is from the February 02, 2017 World section of The New York Times. It was written by Rick Lyman and narrated by Kristi Burns.