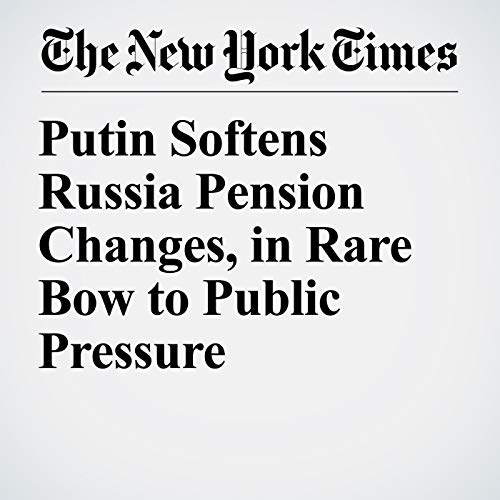 President Vladimir Putin of Russia on Wednesday took the rare step of softening a government decision in the face of public pressure, diluting some parts of a much-despised pension overhaul that had prompted protests and dented his popularity.

"Putin Softens Russia Pension Changes, in Rare Bow to Public Pressure" is from the August 29, 2018 World section of The New York Times. It was written by Neil Macfarquhar and narrated by Kristi Burns.