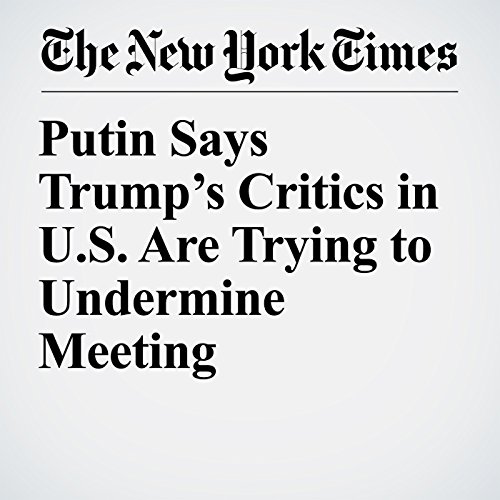 President Vladimir Putin of Russia warned Thursday that certain political forces in the United States — a formulation that usually refers to a supposed anti-Russian cabal in the U.S. national security establishment — were trying to undermine what he called a successful meeting this week with President Donald Trump.

"Putin Says Trump’s Critics in U.S. Are Trying to Undermine Meeting" is from the July 19, 2018 World section of The New York Times. It was written by Andrew E. Kramer and narrated by Kristi Burns.