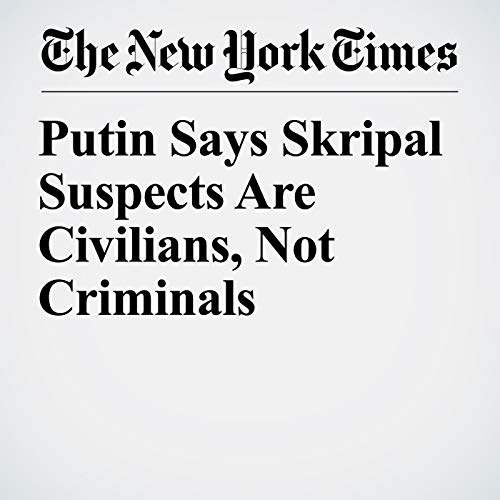 MOSCOW — President Vladimir Putin of Russia said Wednesday that his country had found the two Russians that Britain accuses of trying to use a rare nerve agent to kill a former Soviet spy, and identified them as civilians who had done nothing criminal. He also said he would like the men, who Britain says are Russian military intelligence officers, to come forward to tell their story.

"Putin Says Skripal Suspects Are Civilians, Not Criminals" is from the September 12, 2018 World section of The New York Times. It was written by Andrew Higgins and narrated by Kristi Burns.