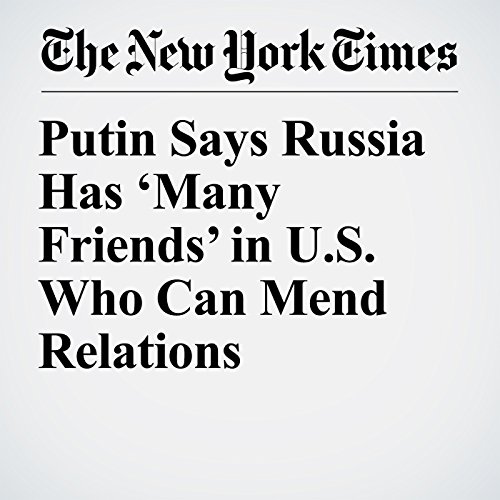 Putin Says Russia Has ‘Many Friends’ in U.S. Who Can Mend Relations

President Vladimir Putin of Russia said Wednesday that relations with America had “become hostage to the internal political situation in the U.S.,” but that his country had many friends in the United States who can help improve relations between the two nations when the political tensions in America settle down.

"Putin Says Russia Has ‘Many Friends’ in U.S. Who Can Mend Relations" is from the October 04, 2017 World section of The New York Times. It was written by Ivan Nechepurenko and narrated by Kristi Burns.