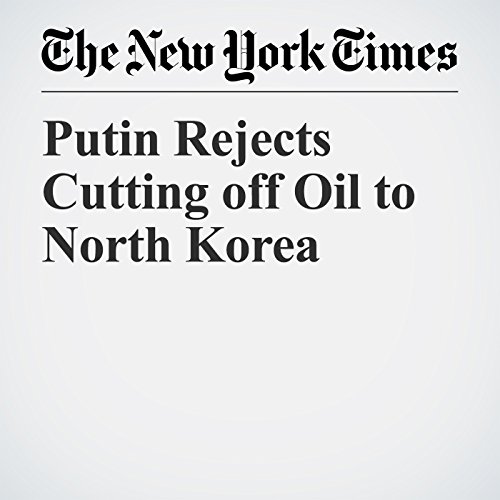 President Vladimir Putin of Russia said his country opposed cutting off oil supplies to North Korea as part of new sanctions being considered in the wake of the country’s latest nuclear test, according to official accounts of his meeting Wednesday with President Moon Jae-in of South Korea.

"Putin Rejects Cutting off Oil to North Korea" is from the September 06, 2017 World section of The New York Times. It was written by Choe Sang Hun and narrated by Keith Sellon-Wright.