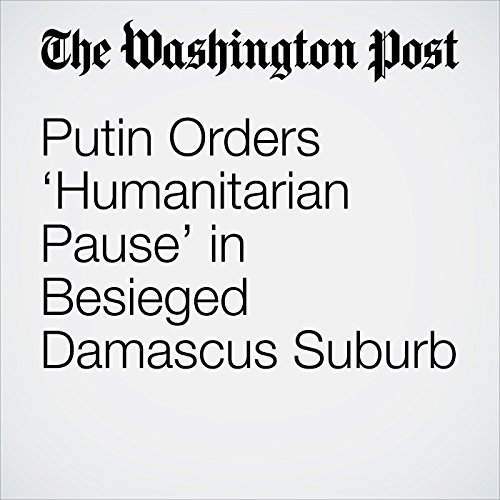 Russia said Monday that it would enforce a daily, five-hour truce for a rebel-held enclave outside Damascus, after Syrian government forces allied with Russia killed more than 500 people there over the past week.

"Putin Orders ‘Humanitarian Pause’ in Besieged Damascus Suburb" is from the February 26, 2018 World section of The Washington Post. It was written by Erin Cunningham and narrated by Sam Scholl.