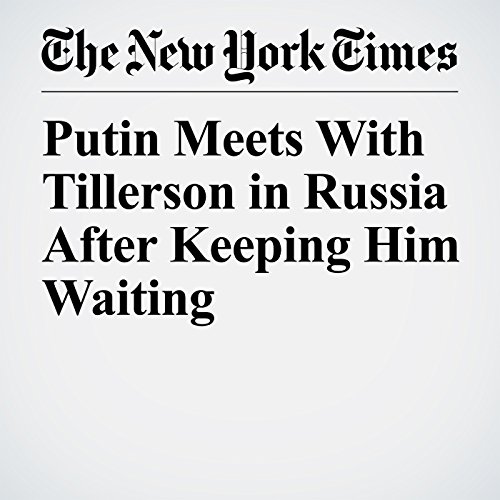 After Secretary of State Rex Tillerson waited for much of the day, wondering whether he would get to meet with President Vladimir Putin, the two men sat down at the Kremlin late Wednesday afternoon in the first face-to-face meeting between the Russian leader and a top official in the Trump administration.

"Putin Meets With Tillerson in Russia After Keeping Him Waiting" is from the April 12, 2017 World section of The New York Times. It was written by David E. Sanger and narrated by Kristi Burns.