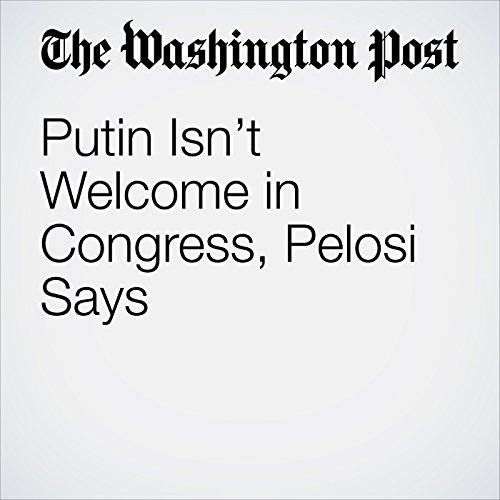 House Minority Leader Nancy Pelosi (D-Calif.) on Friday rejected the possibility that Russian President Vladi­mir Putin might address the U.S. Congress, describing the Russian leader as a “tyrant” and calling it “beyond belief” that President Trump would invite him to Washington.

"Putin Isn’t Welcome in Congress, Pelosi Says" is from the July 20, 2018 Politics section of The Washington Post. It was written by Felicia Sonmez and narrated by Sam Scholl.