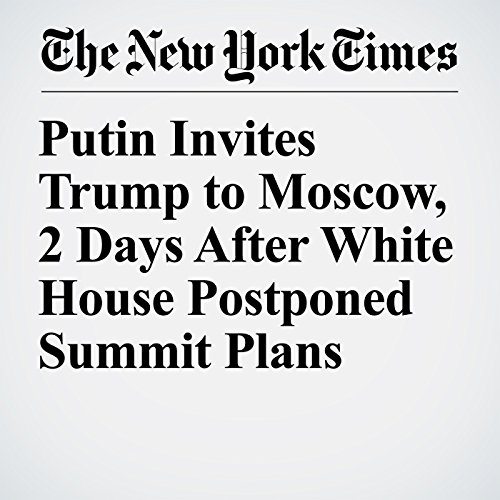 MOSCOW — Just two days after the White House postponed plans to have President Vladimir Putin of Russia visit Washington in the fall, the Russian leader said Friday that he had invited President Donald Trump to visit him in Moscow.

"Putin Invites Trump to Moscow, 2 Days After White House Postponed Summit Plans" is from the July 27, 2018 World section of The New York Times. It was written by Andrew Higgins and narrated by Barbara Benjamin-Creel.