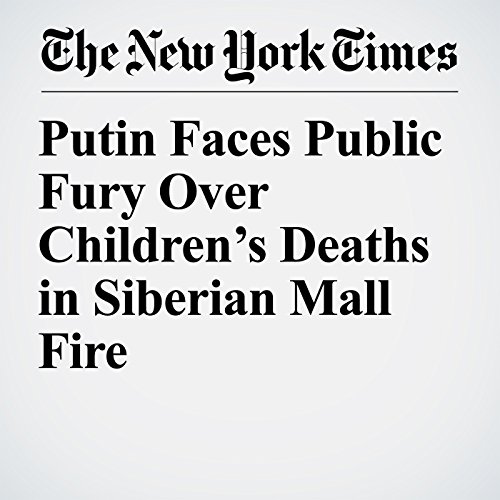 MOSCOW — At the end of a month that has seen him unveil new “invincible” missiles, announce a space mission to Mars and secure a sky-high vote in Russia’s election, President Vladimir Putin faced a grim reality on the ground Tuesday: a nation enraged by the deaths of children trapped in a burning mall in Siberia.

"Putin Faces Public Fury Over Children’s Deaths in Siberian Mall Fire" is from the March 27, 2018 World section of The New York Times. It was written by Andrew Higgins and narrated by Keith Sellon-Wright.