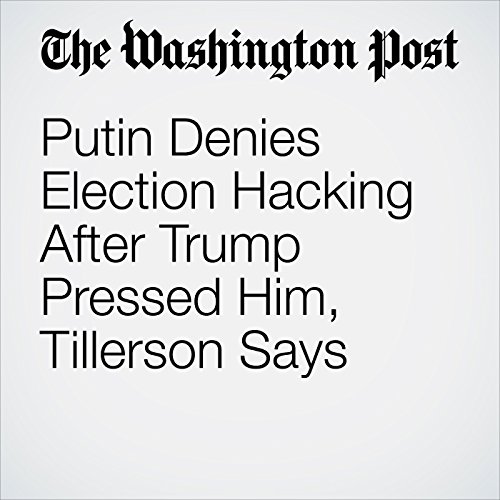 President Trump and Russian President Vladimir Putin on Friday discussed brokering “commitments of noninterference” in the U.S. political system during a lengthy face-to-face meeting in Germany, the first in-person encounter between the two leaders about Russia’s alleged role in the 2016 election.

"Putin Denies Election Hacking After Trump Pressed Him, Tillerson Says" is from the July 07, 2017 World section of The Washington Post. It was written by Abby Phillip, David Filipov and Damian Paletta and narrated by Jenny Hoops.