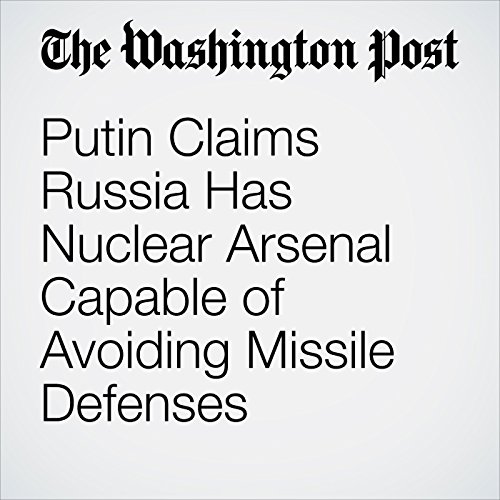 Russia has developed nuclear weapons that can avoid missile-defense systems and plans to bolster its arsenal with nuclear-powered cruise missiles capable of hitting any point in the world, President Vladimir Putin claimed Thursday in his annual state of the nation address.

"Putin Claims Russia Has Nuclear Arsenal Capable of Avoiding Missile Defenses" is from the March 01, 2018 World section of The Washington Post. It was written by Anton Troianovski and narrated by Sam Scholl.