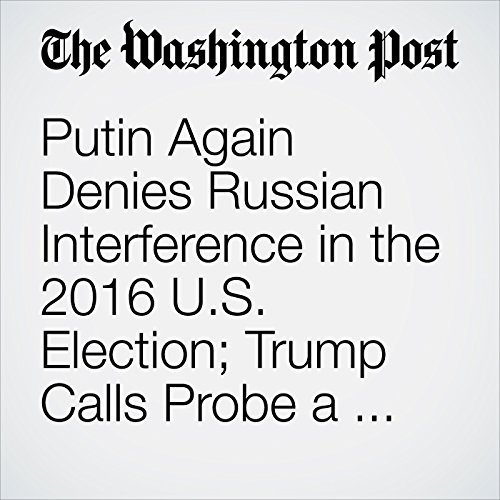 President Trump refused to support the conclusion of U.S. intelligence agencies that Russia interfered in the 2016 presidential election, saying at the end of his summit here Monday with Russian President Vladimir Putin that the autocrat privately gave him an “extremely strong and powerful” denial.

"Putin Again Denies Russian Interference in the 2016 U.S. Election; Trump Calls Probe a ‘Disaster for Our Country’" is from the July 16, 2018 Politics section of The Washington Post. It was written by Philip Rucker, Anton Troianovski and Seung Min Kim and narrated by Sam Scholl.