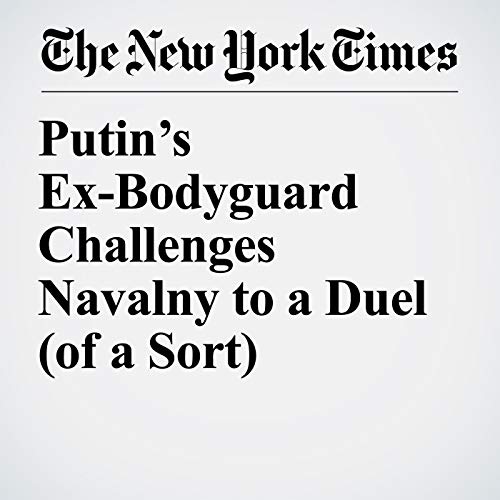 MOSCOW — Over the years, the Kremlin has reached deep into its bag of tricks to silence Alexei Navalny, the anti-corruption campaigner and opposition leader. He has been repeatedly jailed, harassed by tax auditors and security agents, attacked with green dye and castigated by the state news media as a traitorous lackey of the West.

"Putin’s Ex-Bodyguard Challenges Navalny to a Duel (of a Sort)" is from the September 14, 2018 World section of The New York Times. It was written by Ivan Nechepurenko and narrated by Barbara Benjamin-Creel.