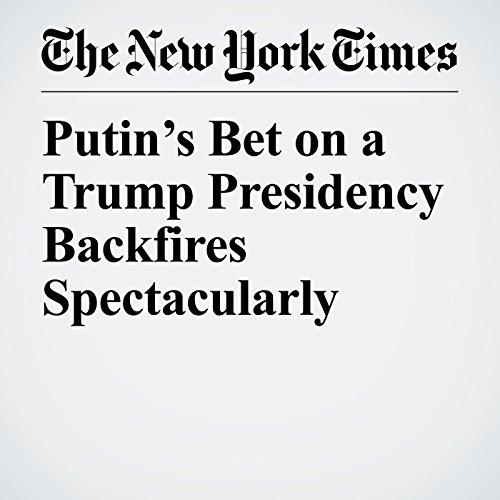 A little more than a year after the Russian effort to interfere in the U.S. presidential election came to light, the diplomatic fallout — an unraveling of the relationship between Moscow and Washington on a scale not seen in decades — is taking its toll.

"Putin’s Bet on a Trump Presidency Backfires Spectacularly" is from the July 30, 2017 World section of The New York Times. It was written by David E. Sanger and narrated by Keith Sellon-Wright.