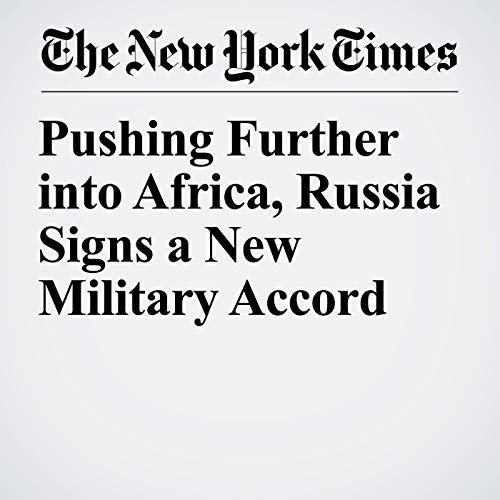 MOSCOW — Just three weeks after three Russian journalists were murdered while investigating the role of Russian mercenaries in the Central African Republic, Moscow and the turbulent African country signed an agreement on Tuesday to expand military cooperation.

"Pushing Further into Africa, Russia Signs a New Military Accord" is from the August 21, 2018 World section of The New York Times. It was written by Andrew Higgins and narrated by Kristi Burns.