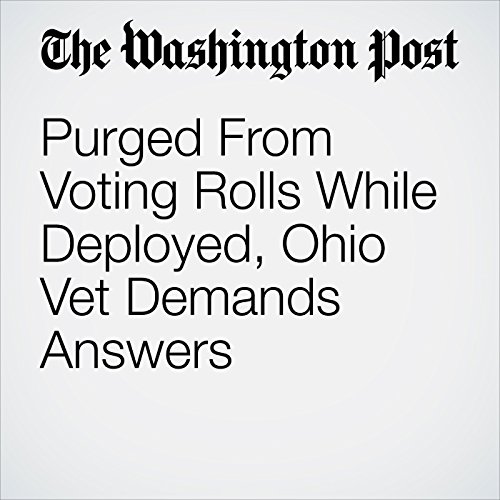 Every year, Ohio officials scrub an untold number of names from state voter rolls under an aggressive and, some argue, unconstitutional policy that purges people who fail to vote in consecutive elections.

"Purged From Voting Rolls While Deployed, Ohio Vet Demands Answers" is from the January 11, 2018 National section of The Washington Post. It was written by Derek Hawkins and narrated by Sam Scholl.