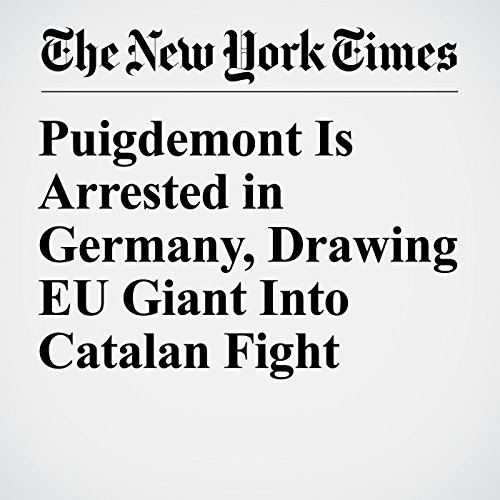 MADRID — Carles Puigdemont, the former leader of Catalonia wanted in Spain on rebellion charges, was detained Sunday in Germany on an international arrest warrant, in a move that drags Berlin into Spain’s festering territorial dispute.

"Puigdemont Is Arrested in Germany, Drawing EU Giant Into Catalan Fight" is from the March 25, 2018 World section of The New York Times. It was written by Raphael Minder and narrated by Kristi Burns.