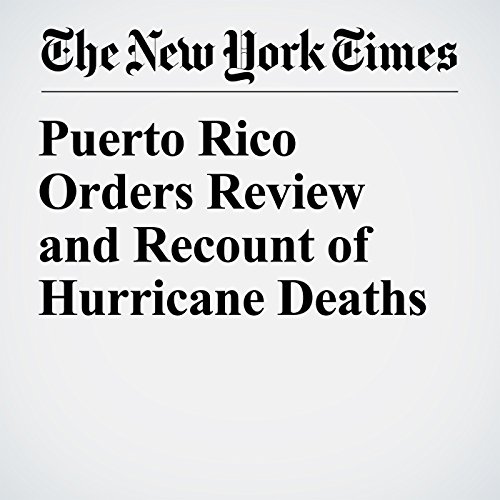 Facing mounting evidence that Puerto Rico has vastly undercounted the number of people who died because of Hurricane Maria, Gov. Ricardo A. Rosselló ordered on Monday that every death on the island since the calamitous storm be reviewed.

"Puerto Rico Orders Review and Recount of Hurricane Deaths" is from the December 18, 2017 U.S. section of The New York Times. It was written by Patricia Mazzei and narrated by Kristi Burns.