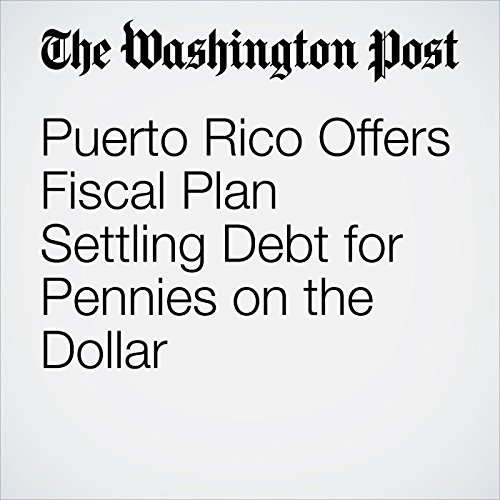 Puerto Rico’s government unveiled a fiscal plan Thursday under which the commonwealth would only be able to support $2.5 billion to $14 billion of debt in the long term, a fraction of its current level. The plan suggests that holders of its bonds might receive as little as a nickel on the dollar.

"Puerto Rico Offers Fiscal Plan Settling Debt for Pennies on the Dollar" is from the January 25, 2018 National section of The Washington Post. It was written by Steven Mufson and narrated by Jenny Hoops.