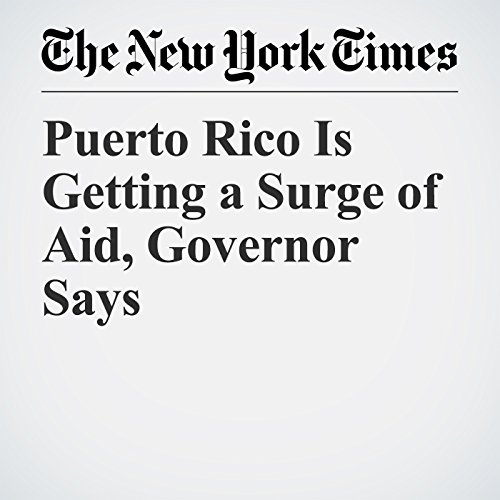 A surge of fuel and food supplies and federal government personnel has begun to arrive in Puerto Rico, the governor of the storm-battered island said Sunday morning.

"Puerto Rico Is Getting a Surge of Aid, Governor Says" is from the October 01, 2017 U.S. section of The New York Times. It was written by Richard Fausset and narrated by Keith Sellon-Wright.