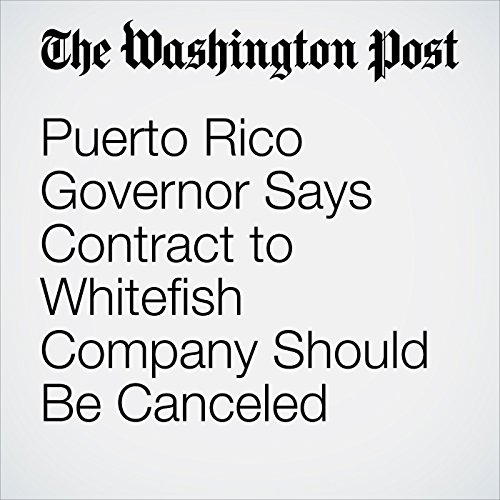 The governor of Puerto Rico called for the cancellation of a controversial $300 million contract the island’s utility signed with a small Montana-based company tasked with a central role in repairing the territory’s hurricane-ravaged electric power grid.

"Puerto Rico Governor Says Contract to Whitefish Company Should Be Canceled" is from the October 29, 2017 Business section of The Washington Post. It was written by Steven Mufson and narrated by Sam Scholl.