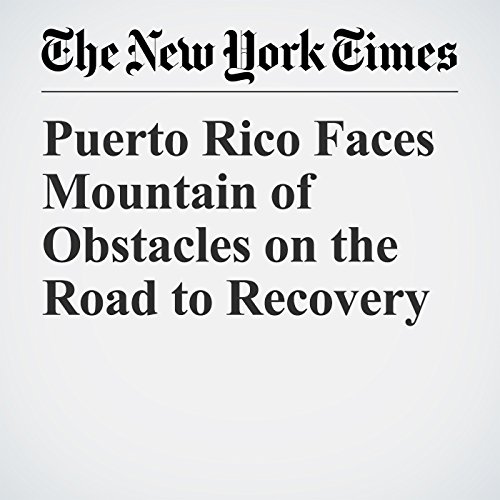 "Puerto Rico Faces Mountain of Obstacles on the Road to Recovery" is from the September 21, 2017 U.S. section of The New York Times. It was written by Luis Ferré Sadurní, Lizette Alvarez and Frances Robles and narrated by Mike DelGaudio.