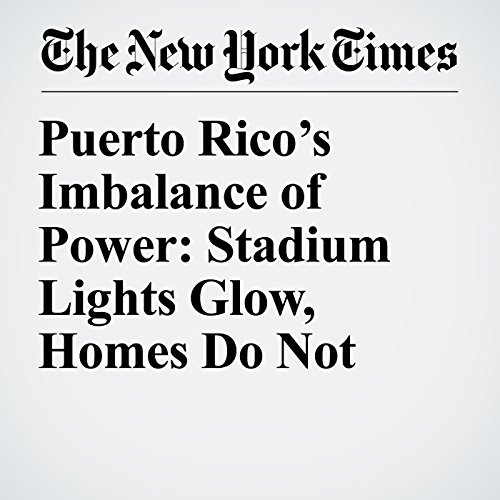 SAN JUAN, Puerto Rico — The Major League Baseball games this week between the Minnesota Twins and Cleveland Indians here had dual goals: to affirm the Puerto Rican government’s position that the island was open for business again after the devastation of Hurricane Maria seven months ago, and to showcase this U.S. territory’s unique relationship with baseball.

"Puerto Rico’s Imbalance of Power: Stadium Lights Glow, Homes Do Not" is from the April 19, 2018 U.S. section of The New York Times. It was written by James Wagner and narrated by Kristi Burns.