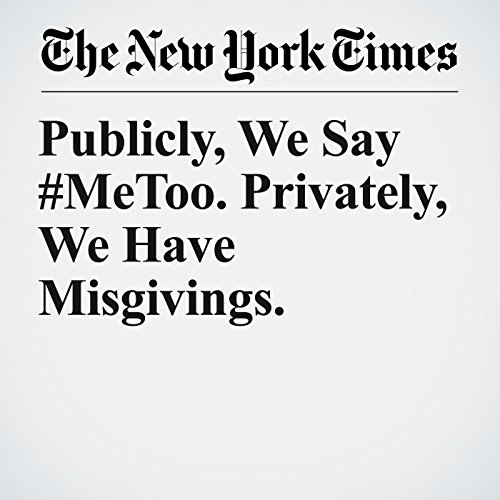 You can be sure that this weekend at the Golden Globes, Hollywood celebrities, not exactly known for their independent thinking, will turn the red carpet into a #MeToo moment replete with designer duds. Many have promised to wear black dresses to protest the stream of allegations against industry moguls and actors. Perhaps Meryl Streep will get grilled — again — about what she knew about Harvey Weinstein. The rest of us will diligently follow along on Twitter, sharing hashtags and suitably pious opprobrium.

"Publicly, We Say #MeToo. Privately, We Have Misgivings." is from the January 05, 2018 Opinion section of The New York Times. It was written by Daphne Merkin and narrated by Barbara Benjamin-Creel.