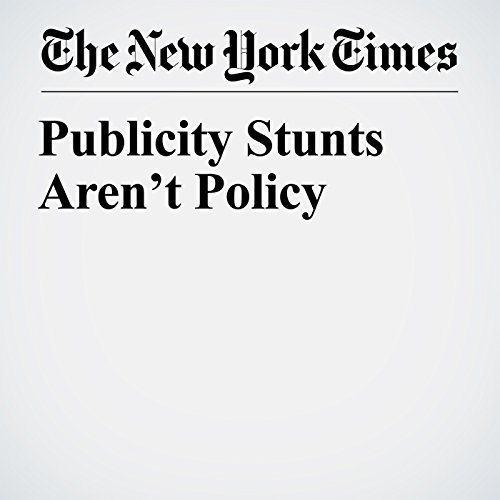 Does anyone still remember the Carrier deal? Back in December, President-elect Donald Trump announced, triumphantly, that he had reached a deal with the air-conditioner manufacturer to keep 1,100 jobs in America rather than moving them to Mexico. And the media spent days celebrating the achievement.

"Publicity Stunts Aren’t Policy" is from the April 09, 2017 Opinion section of The New York Times. It was written by Paul Krugman and narrated by Caroline Miller.