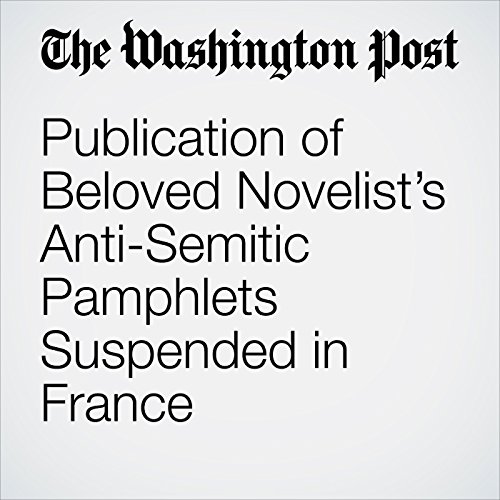 "Publication of Beloved Novelist’s Anti-Semitic Pamphlets Suspended in France" is from the January 12, 2018 World section of The Washington Post. It was written by James McAuley and narrated by Jenny Hoops.