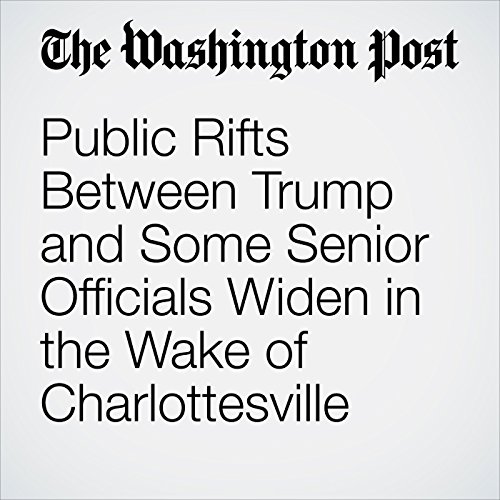 President Trump’s senior aides are increasingly airing their private disagreements publicly, exposing a widening rift between the president and key members of his administration over his handling of racial divisions exposed by white supremacist violence in Charlottesville.

"Public Rifts Between Trump and Some Senior Officials Widen in the Wake of Charlottesville" is from the August 28, 2017 Politics section of The Washington Post. It was written by Abby Phillip and Anne Gearan and narrated by Sam Scholl.