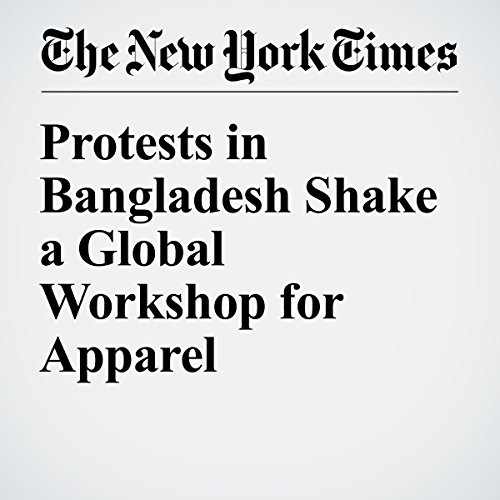 Protests in Bangladesh Shake a Global Workshop for Apparel

Protests over low wages had erupted at dozens of garment factories in Bangladesh, one of the top suppliers of clothing for global brands like H&M and Gap, and the officers had come to question Jahangir Alam, president of a local trade union in Ashulia, a suburb of the capital, Dhaka. They told his wife he would be back within a few hours.

"Protests in Bangladesh Shake a Global Workshop for Apparel" is from the January 22, 2017 Business section of The New York Times. It was written by Rachel Abrams and Maher Sattar and narrated by Kristi Burns.