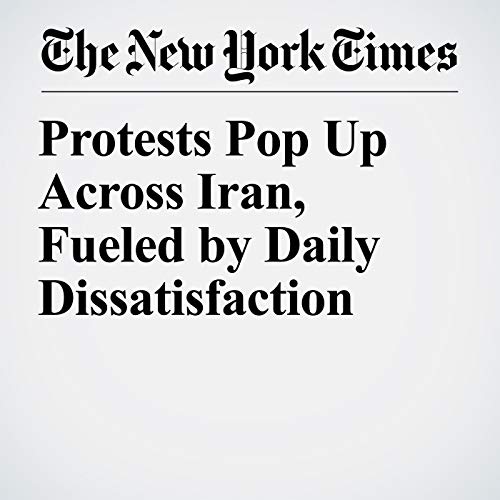 Across Iran’s heartland, from the sweltering heat of its southern cities to the bustling capital, protesters have taken to the streets with increasing intensity in recent months, much to the satisfaction of the Trump administration, which is hoping the civil unrest will put pressure on Iranian leaders.

"Protests Pop Up Across Iran, Fueled by Daily Dissatisfaction" is from the August 04, 2018 World section of The New York Times. It was written by Thomas Erdbrink and narrated by Kristi Burns.