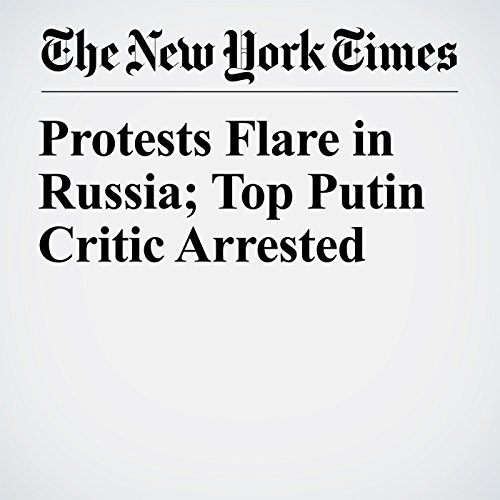 The Russian police arrested hundreds of people in nationwide anti-corruption protests on Sunday, including the opposition leader Alexei Navalny in Moscow, where thousands gathered for the biggest demonstration in five years against President Vladimir Putin.

"Protests Flare in Russia; Top Putin Critic Arrested" is from the March 26, 2017 Wrold section of The New York Times. It was written by Andrew Higgins and narrated by Caroline Miller.