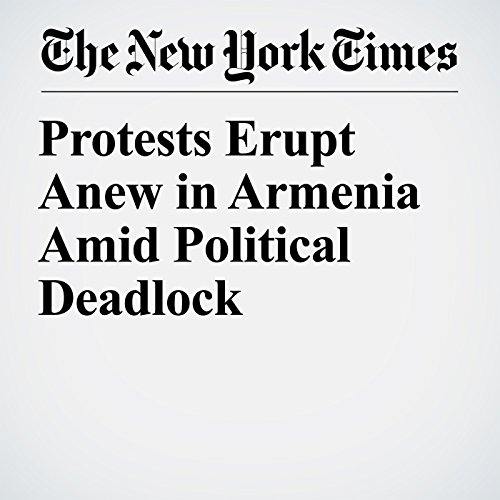 Street demonstrations resumed in the Armenian capital of Yerevan on Wednesday at the urging of an opposition leader, after negotiations stalled on the way forward after the unexpected resignation of the prime minister.

"Protests Erupt Anew in Armenia Amid Political Deadlock" is from the April 24, 2018 World section of The New York Times. It was written by Neil Macfarquhar and narrated by Kristi Burns.