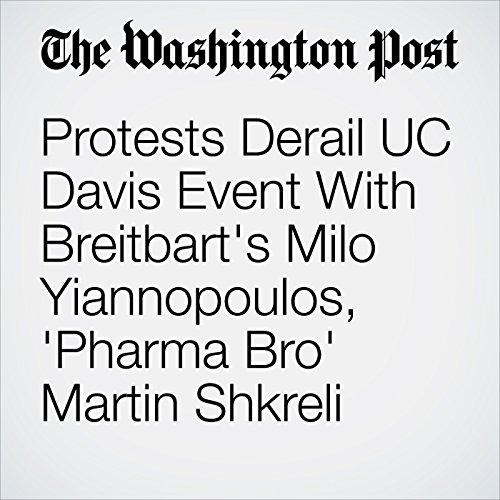 Yiannopoulos, editor of the right-wing website Breitbart News, and Shkreli, a former pharmaceutical executive charged with securities fraud, were supposed to speak Friday at the University of California at Davis at an event hosted by the Davis College Republicans, a student-run group. But the university visit, which Breitbart promoted by using #SHKRELOPOULOS, was abruptly canceled after a mass of protesters opposing Yiannopoulos’s appearance on campus showed up outside the building where it was supposed to take place.

"Protests Derail UC Davis Event With Breitbart's Milo Yiannopoulos, 'Pharma Bro' Martin Shkreli" is from the January 14, 2017 National section of The Washington Post. It was written by Kristine Guerra and narrated by Jill Melancon.