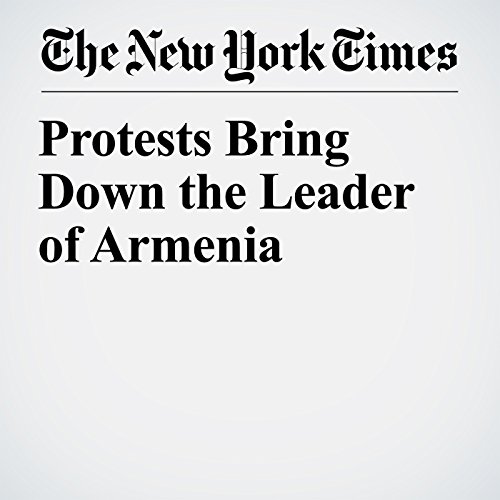 MOSCOW — Ten days of demonstrations that escalated throughout Armenia forced the resignation Monday of the man who has led the country for the past decade, creating the latest crisis in a post-Soviet state trying to overcome a legacy of weak democratic rule.

"Protests Bring Down the Leader of Armenia" is from the April 23, 2018 World section of The New York Times. It was written by Neil Macfarquhar and Richard Pérez Peña and narrated by Keith Sellon-Wright.