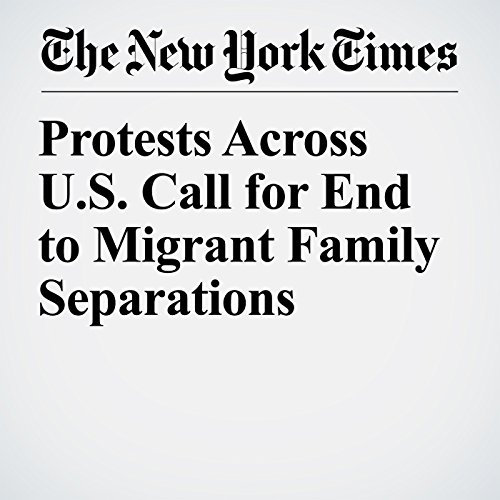 Protesters marched into Lafayette Square opposite the White House on Saturday and chanted “families belong together” to counter President Donald Trump’s zero-tolerance immigration policy and were joined in declaring that message by dozens of other rallies from New York to California. While the occupant of the White House was away for the weekend at his Bedminster, New Jersey, golf club, images of the rallies were broadcast by cable news networks throughout the day.

"Protests Across U.S. Call for End to Migrant Family Separations" is from the June 30, 2018 U.S. section of The New York Times. It was written by Alexandra Yoon Hendricks and Zoe Greenberg and narrated by Keith Sellon-Wright.