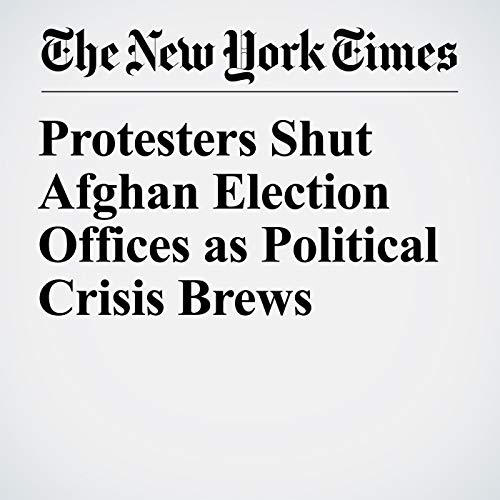 KABUL, Afghanistan — Protesters demanding anti-fraud measures shut down the offices of Afghanistan’s election commission in three of the country’s major provinces Saturday, just weeks before a vote for Parliament, the latest symptom of a political logjam that could turn violent amid a raging war with the Taliban.

"Protesters Shut Afghan Election Offices as Political Crisis Brews" is from the September 15, 2018 World section of The New York Times. It was written by Mujib Mashal and narrated by Kristi Burns.