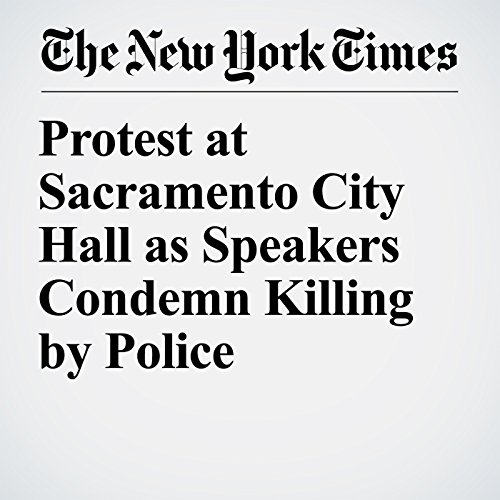 Hundreds of protesters temporarily took over the main foyer at Sacramento City Hall on Tuesday evening to protest the death of Stephon Clark, who was fatally shot by two Sacramento police officers last week in his grandmother’s backyard while they investigated a vandalism complaint.

"Protest at Sacramento City Hall as Speakers Condemn Killing by Police" is from the March 28, 2018 U.S. section of The New York Times. It was written by Jose A. Del Real and narrated by Kristi Burns.