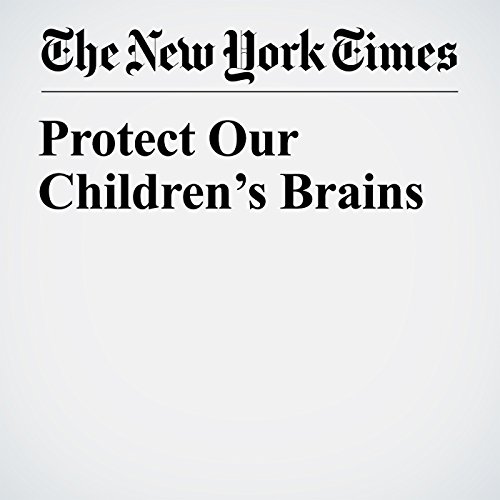 In the fall, I began to research an article that I gave the working title “The Last Days of Chlorpyrifos.” A widely used pesticide, chlorpyrifos affects humans as well as the bugs it kills.

"Protect Our Children’s Brains" is from the February 05, 2017 Opinions section of The New York Times. It was written by Sharon Lerner and narrated by Fleet Cooper.