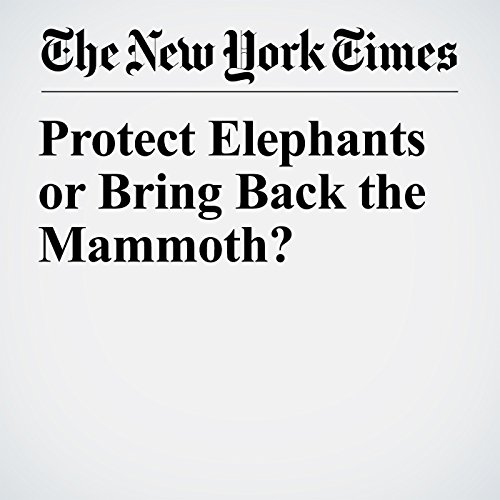 With enough determination, money and smarts, scientists just might revive the woolly mammoth, or some version of it, by splicing genes from ancient mammoths into Asian elephant DNA. The ultimate dream is to generate a sustainable population of mammoths that can once again roam the tundra.

"Protect Elephants or Bring Back the Mammoth?" is from the March 20, 2017 Science section of The New York Times. It was written by Steph Yin and narrated by Keith Sellon-Wright.