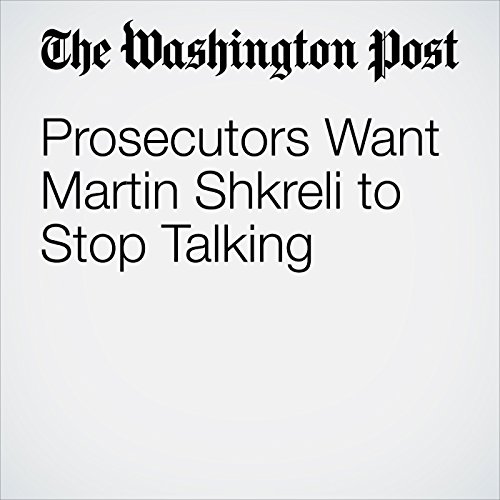 Federal prosecutors are asking a Brooklyn judge to silence Martin Shkreli, the boisterous former hedge-fund manager and pharmaceutical-industry executive who is on trial facing eight counts of securities fraud.

"Prosecutors Want Martin Shkreli to Stop Talking" is from the July 04, 2017 Business section of The Washington Post. It was written by Renae Merle and narrated by Sam Scholl.