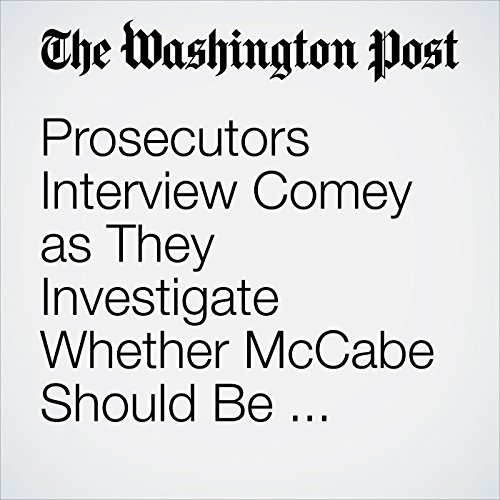 Investigators from the D.C. U.S. Attorney’s Office recently interviewed former FBI director James B. Comey as part of a probe into whether his deputy, Andrew McCabe, broke the law by lying to federal agents — an indication the office is seriously considering whether McCabe should be charged with a crime, a person familiar with the matter said.

"Prosecutors Interview Comey as They Investigate Whether McCabe Should Be Charged" is from the May 31, 2018 National section of The Washington Post. It was written by Matt Zapotosky and narrated by Kristi Burns.