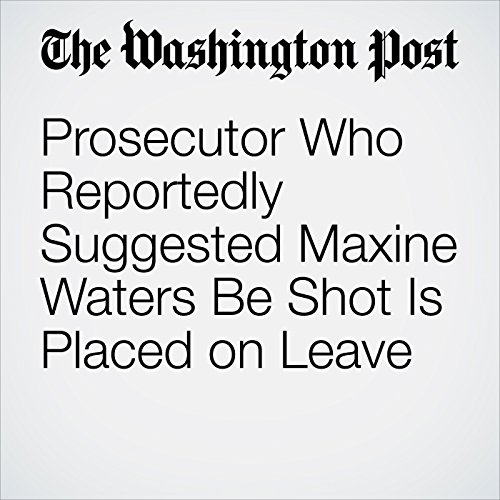 A California prosecutor will be placed on administrative leave as his office investigates offensive comments made on his social media accounts, the county district attorney announced on Monday.

"Prosecutor Who Reportedly Suggested Maxine Waters Be Shot Is Placed on Leave" is from the July 09, 2018 Politics section of The Washington Post. It was written by Eli Rosenberg and narrated by Sam Scholl.