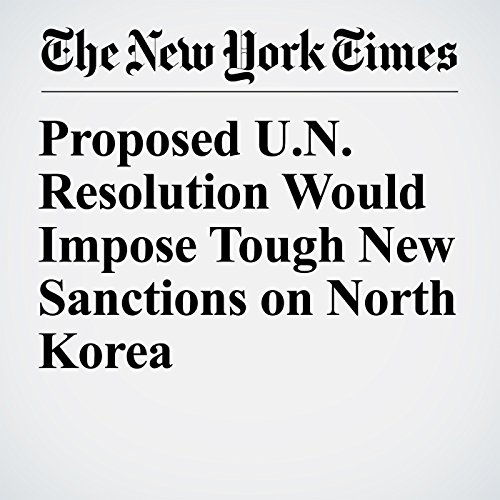 The United States circulated a proposed resolution to the U.N. Security Council on Thursday that would further choke North Korea’s economy, with a near total ban on fuel imports, a tightening of restrictions on shipping and a one-year deadline for most North Korean laborers working under contracts abroad to go home.

"Proposed U.N. Resolution Would Impose Tough New Sanctions on North Korea" is from the December 21, 2017 World section of The New York Times. It was written by Rick Gladstone and narrated by Kristi Burns.