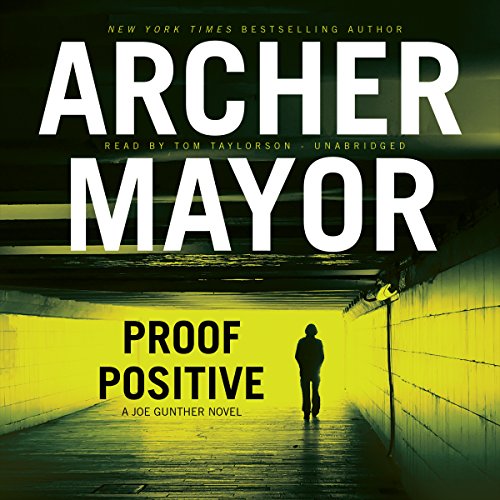 An apparent accidental death turns out to be only the first of many murders.

Ben Kendall was a troubled man. Coming back from Vietnam with PTSD and scars that no one else could see, he hid away from the world, filling his house with an ever-increasing amount of stuff, until finally the piles collapsed and he was found dead, crushed beneath his own belongings. But what on first glance looks to be the tragic accidental death of a hoarder maybe something much more - and much deadlier. Ben's cousin, medical examiner Beverly Hillstrom, unsettled by the circumstances of his death, alerts Joe Gunther and his Vermont Bureau of Investigation team.

Ben, it seems, brought back something from Vietnam other than just personal demons - he also brought back combat photos and negatives that'someone else desperately wants to keep from the public eye. When Beverly's daughter Rachel made her cousin Ben - and his photos - the subject of her college art project, some of those photos appeared on the walls of a local art gallery. This resulted in the appearance of a two-man hit squad, searching for some other missing negatives.

With Joe Gunther and his squad trailing behind the grisly research results of the hit team and the deadly killers closing in on Rachel, Gunther has little time to find and protect Rachel before she ends up in the same grisly state as her cousin.

Great story but beware the politics

The story is great but my goodness can you calm down with the politics. I swear you can track the socialist movement in this country by this book series. The series started out in the 80's with very little politics either way. It has steadily moved more to the left to the point now its about the mean evil conservatives. I mean lol really? In case you didnt know nobody that reads your book cares one single bit about your politics leave them out. Other than that its a good read

I've really enjoyed all of this series up until this one. I absolutely hated the ending of this one with it leaving you hanging. The only way it will get better is if the next book picks up exactly where this one left off which has never happened in any of the previous books. So I'll be curious to see what the next book holds.

Happy to have Tom Taylorson back. Loved the story! Happy to read Joe is back in love! Can’t wait to see whose next!

The story itself is the only reason I'm still coming back for more because only a few voices are still being used. It just doesn't have the depth and feeling of being there like it did the beginning before we had the hand off to the other "narrators"; they were not good and should never have been used. I'm not going to give a higher rating while the voices are still being butchered. I was so excited for Taylorson to come back but he's been copying the other two that butchered the books to the point I almost stopped listening but hung in there knowing Taylorson was coming back. Now he's butchering Joe/Batman. Go back to the right Joe stop the stupidity.

I thought I had heard the best of Archer. Until this book. The story, the narration, the history blew me away!

Much improvement from the last book. It seems as tho the narrator has “almost” regained his ability to perform the characters as he did six years prior. (Which all of us listeners are so glad of - especially Joe Gunther) and, the author doesn’t go on with chapters of descriptions. Instead, we once again can see things from the eyes of the characters.
Others have complained about the ending being too cut off, but I liked it. Joe suddenly has in his possession his “proof positive “ for convicting the senator.
You’ll enjoy this one if you’re a fan of the older Joe Gunther books!

great story, needed more at the end to finish it.

it needed at least one more chapter, I would like to have seen the villain caught and humiliated in detail

I enjoyed the story but it ended quite abruptly & had a terrible ending. It seemed unfinished in my opinion. I expected more.

what absolute horrible way to end a book. So disappointed. It felt like a build up to nothing

Great book - However I would have liked a better rap up of the final chapter. Left story unfinished for us to figure out.

Storyline and final clue a bit of a let down. Disappointing after so many good series ideas. That said, still love the characters.,

Narrator back thank goodness. I’ve missed a few books because of change of narrator so not sure of some story lines but still enjoyed this book. Not sure I’d rate Joe’s chances without Willy?