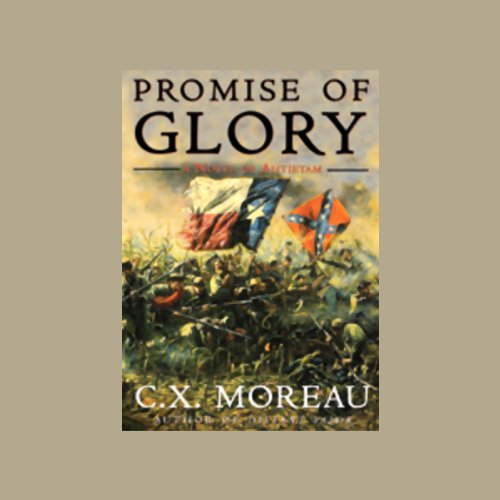 Robert E. Lee knew that he had to keep the momentum of the Confederate forces moving forward, bringing the Army of Northern Virginia and the war itself north into Union territory. A decisive string of victories might embolden foreign powers to join the Confederacy's fight.

On September 13, 1862, a Union private found, wrapped around some cigars left behind by fleeing Confederate soldiers, a piece of paper. On that paper was Special Orders No. 191, a message from Lee to his generals detailing his master plan for opening an invasion of the North. When General McClellan received this intelligence, he knew his opportunity to prove his detractors wrong was at hand. The result was the Battle of Antietam...with more than 23,000 American casualties.

This is the story of the battle of Antietam and the events leading up to the single bloodiest day in the entire Civil War. Union casualties topped 12,000 and Confederate casualties exceeded 11,000. Such memorable figures of military history as Lee and McClellan, as well as Burnside, Longstreet, Hooker, and Jackson, all took part.

Promise of Glory is the story of these men, their officers, and the soldiers of both armies who so valiantly served their cause. C. X. Moreau has faithfully created their common history and brought to life the drama and tragedy of Antietam. Promise of Glory is a truly epic narrative of the American War between the States.

If endless cliches and purple prose are your preference, this is a great audiobook. Otherwise, you might want to stay away--it makes you roll your eyes so much you need a bottle of aspirin. I am willing to tolerate bad prose in an audiobook far more than in print (I even enjoyed The Da Vinci Code), but this was just too much. I lost count of how many times a person experienced a "chill down his spine."

Promise of Glory patiently presents amazing dialogue between the protagonist confederate and union general officers at Manassas. The story would have been tedious had it not been so well read. 👍

"He felt his temper rising"

This book is an interesting read, but seemed somewhat lacking in depth. As a fan of the Civil War, I was hoping to find a gem, instead I found over-used phrases and a weak ending. The author seems to make an attempt to create an equal to "Gods and Generals" or "The Killer Angels", but fails to do so. Not enough description of the actual battle, and too much focus on what seems to be irrelevant characters.

Overall the book was okay, but wasted the potential to be a great novel.