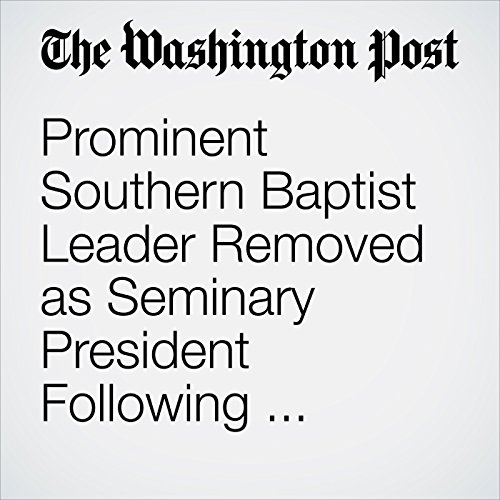 FORT WORTH — Prominent Southern Baptist leader Paige Patterson has been removed from his job as president of Southwestern Baptist Theological Seminary amid an evangelical #MeToo moment: a massive backlash from women upset over comments he made in the past that are newly perceived as sexist and demeaning.

"Prominent Southern Baptist Leader Removed as Seminary President Following Controversial Remarks About Abused Women" is from the May 23, 2018 National section of The Washington Post. It was written by Bobby Ross Jr., Sarah Pulliam Bailey and Michelle Boorstein and narrated by Sam Scholl.