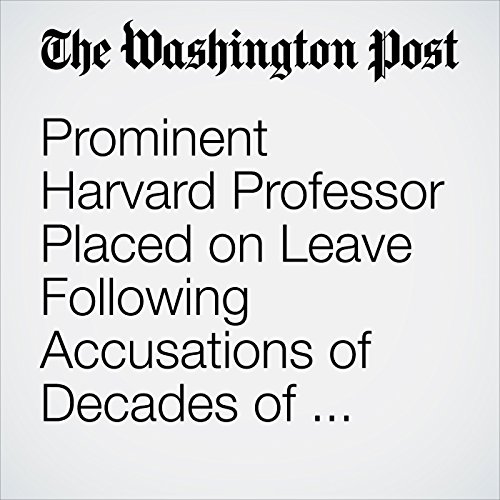 It was the early 1980s when Terry Karl complained to Harvard University that a senior scholar had repeatedly made sexual advances toward her. Karl, then an assistant professor of government at Harvard, had never heard the term “sexual harassment,” she told the Chronicle of Higher Education. It would be nearly a decade before Anita Hill propelled the issue into the national conversation.

"Prominent Harvard Professor Placed on Leave Following Accusations of Decades of Sexual Harassment" is from the March 05, 2018 National section of The Washington Post. It was written by Samantha Schmidt and narrated by Sam Scholl.