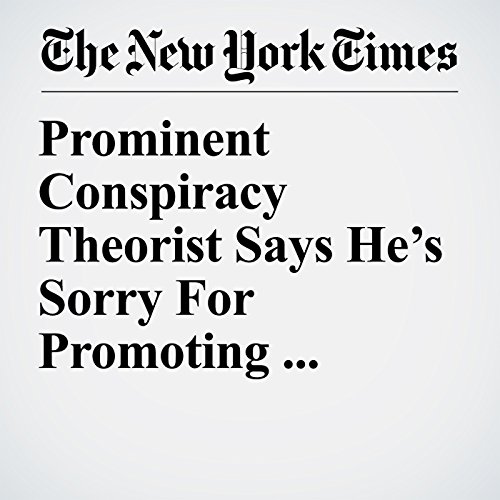 Alex Jones, a prominent conspiracy theorist and the host of a popular right-wing radio show, has apologized for helping to spread and promote the hoax known as Pizzagate.

"Prominent Conspiracy Theorist Says He’s Sorry For Promoting ‘Pizzagate’ Hoax" is from the March 25, 2017 U.S. section of The New York Times. It was written by Eli Rosenberg and narrated by Keith Sellon-Wright.