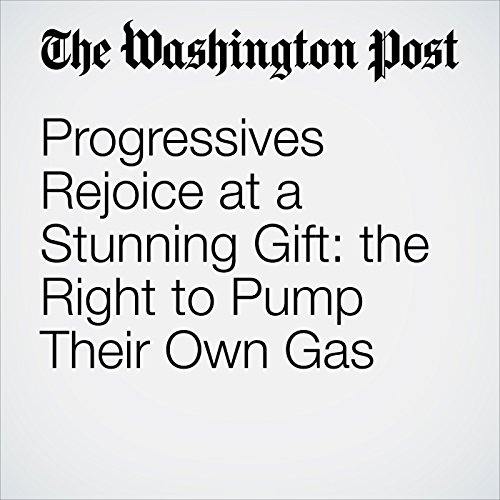 Frank Lloyd Wright purportedly said, “Tip the world over on its side and everything loose will land in Los Angeles.” Today, however, Oregon is the state with the strangest state of mind, which has something to do with its being impeccably ­progressive: In the television series “Portlandia,” the mention of artisanal lightbulbs might be satirical, but given today’s gas-pumping controversy, perhaps not.

"Progressives Rejoice at a Stunning Gift: the Right to Pump Their Own Gas" is from the January 12, 2018 Opinion section of The Washington Post. It was written by George F. Will and narrated by Sam Scholl.